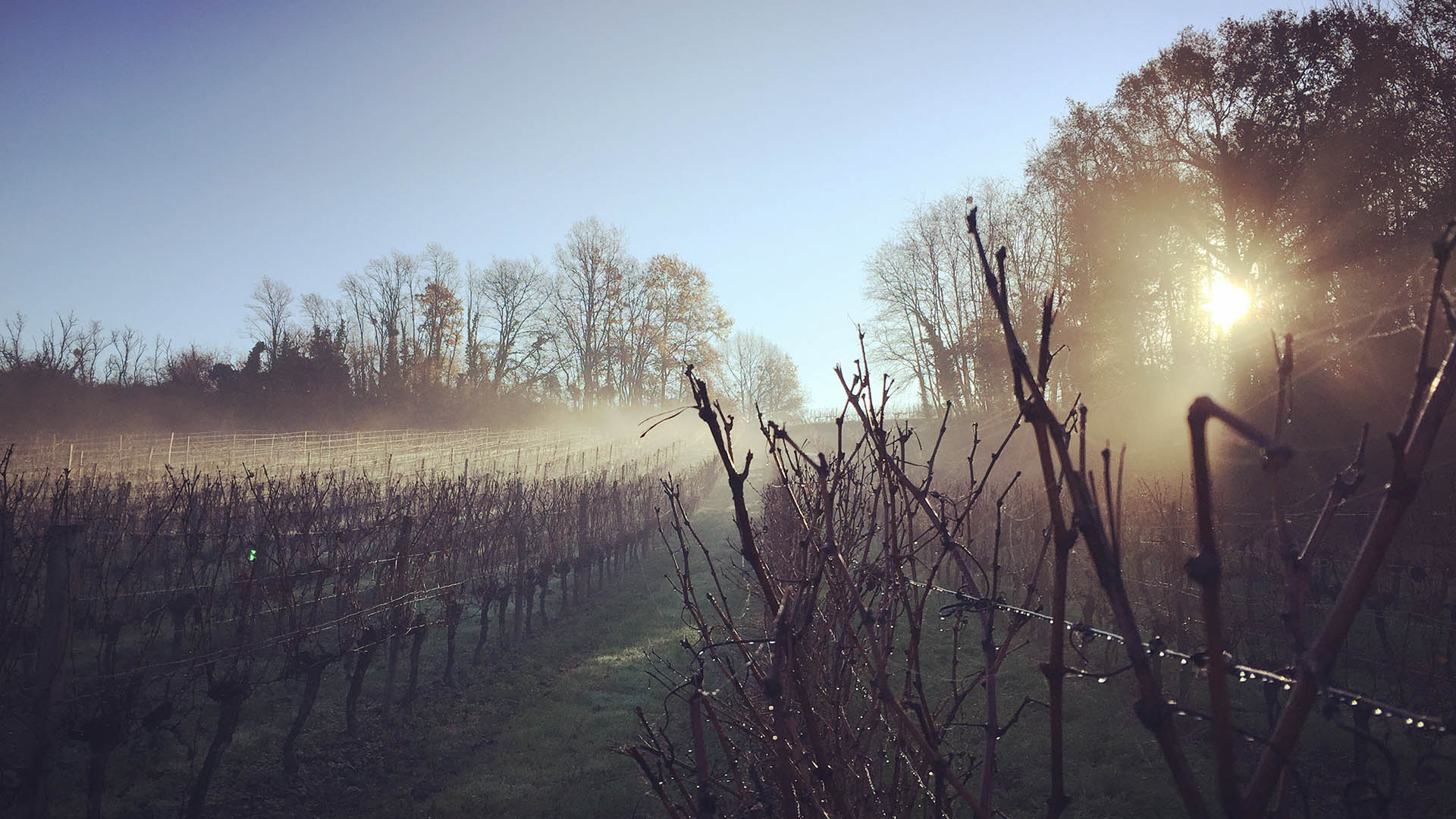 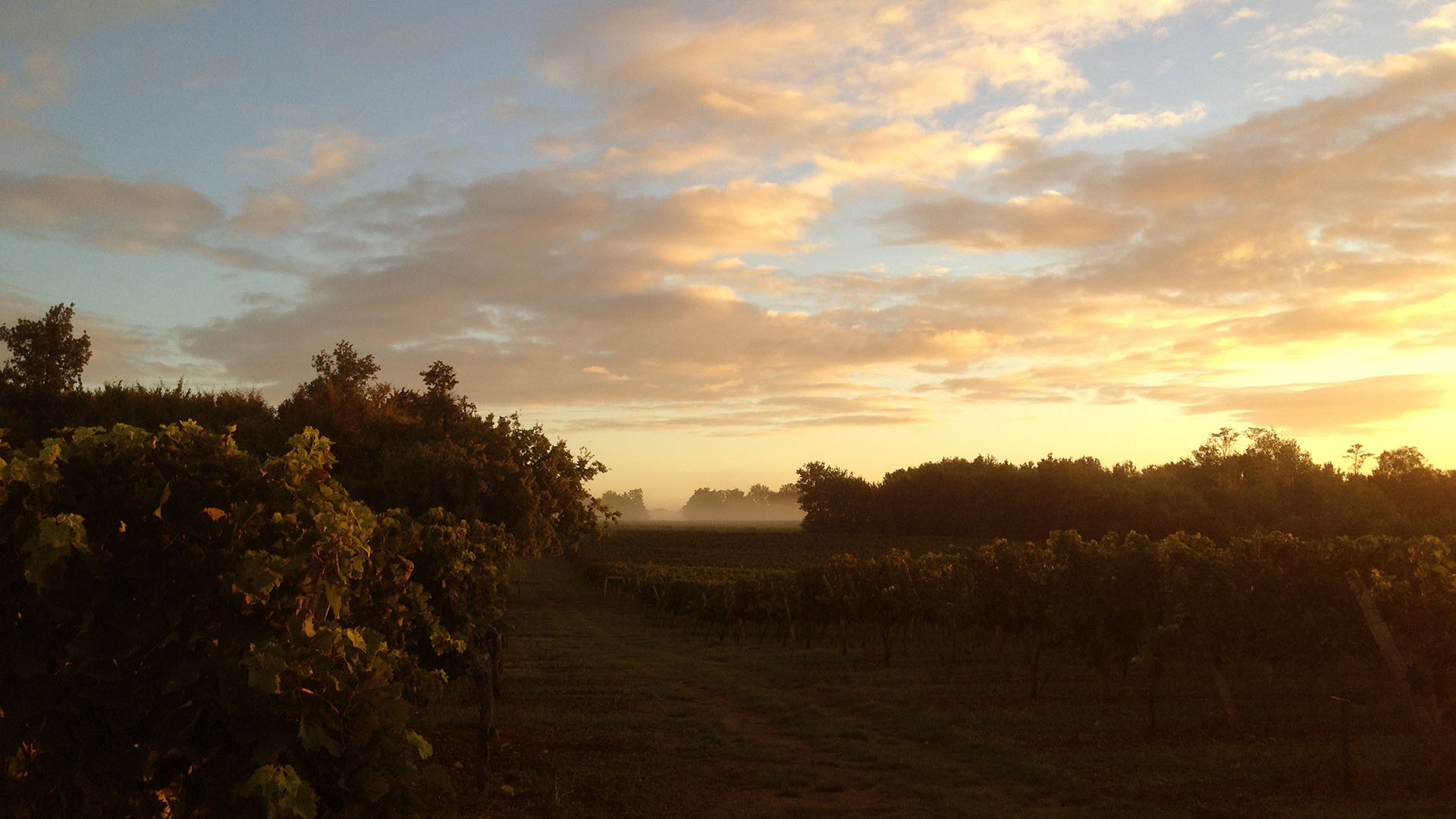 On high hillsides, vines rooted in the rock 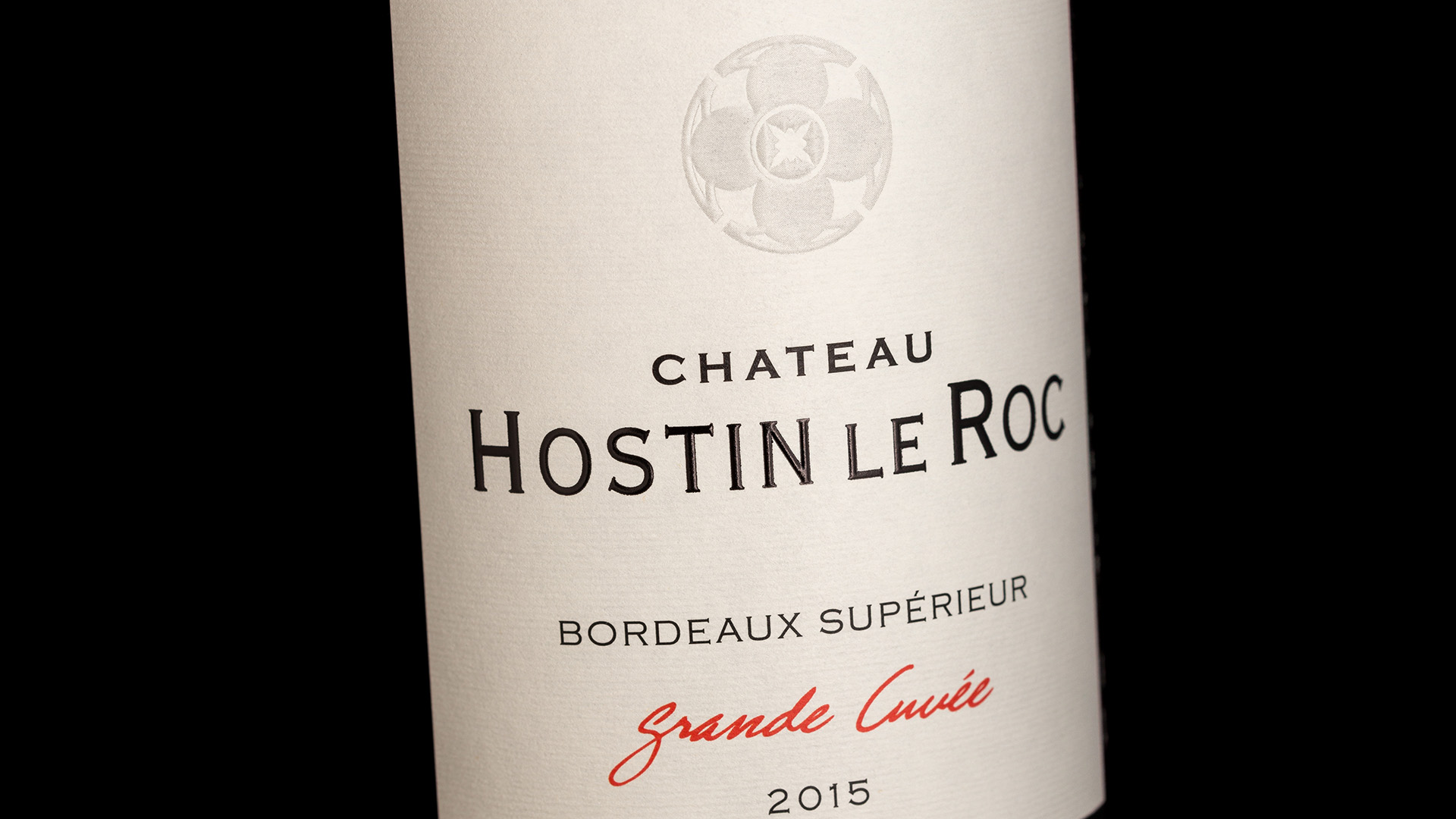 Traditional Bordeaux wines mastered from the vine to the bottle 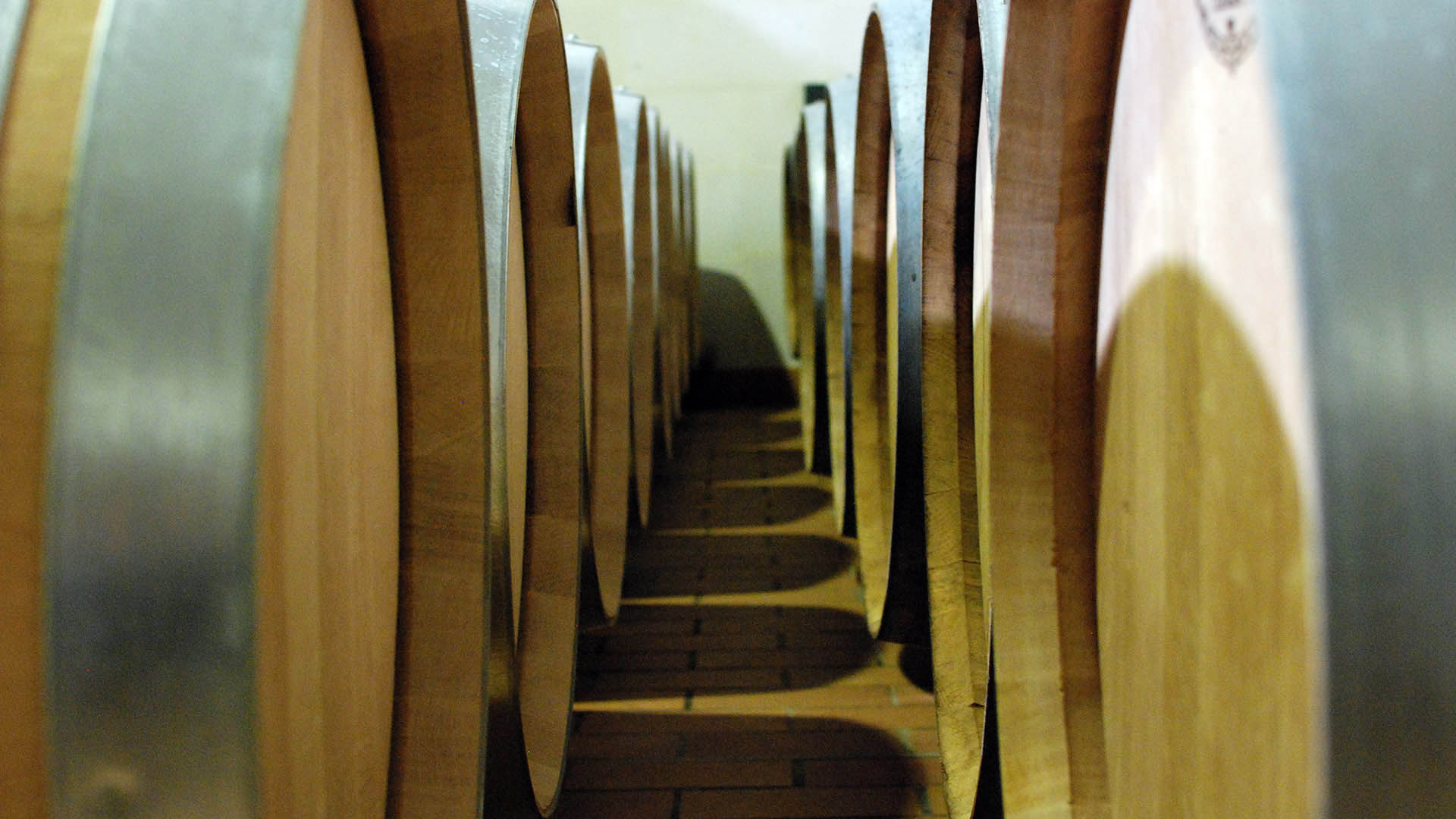 In the heart of the Bordeaux wine region, the Château Hostin le Roc was created by Boutinon family, wine growers for four generations. For over 40 years, la maison Boutinon has been developing fresh and elegant wines with good aging capacity. In 2015, the story continues with the arrival of a new generation of wine growers…

The Boutinon familly, originally from the Perigord, have been wine growers from their arrival at Nérigean in the Bordeaux wine region, in the 1910s. In 1972, André and Renée Boutinon became the owners of the domain Hostin in Saint Quentin de Baron: Château Roc Hostin was born.

In 2015, Catherine and Jerome Boutinon continue the story by taking on the family estate. After careers in engineering (Airbus and telecommunications), these new wine growers want to give the estate new momentum by bringing in a fresh perspective and a different mindsent. 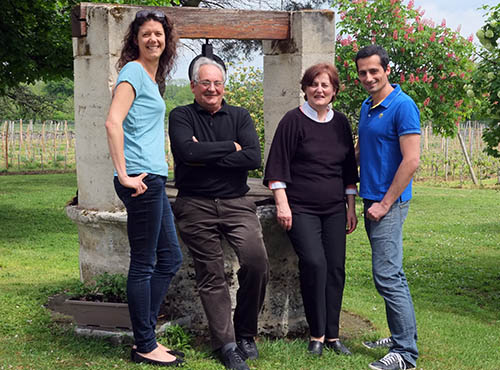 The family shares their name with an old Bordeaux grape variety: Boutignon. Some distant Gironde relatives probably lended their name to this now almost extinct grape. 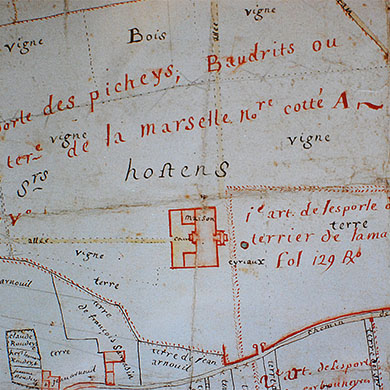 Nested on high hillsides offering an ideal exposure, the domain covers more than 20 ha. One half surrounds the house in Saint Quentin de Baron in Entre-Deux-Mers, on a South-Southeast oriented hillside. In Nérigean, the other half is formed of a large number of plots bringing great richness to the domain’s wines through the diversity of soils. The vines are on average 27 years old with the following grape varieties: 85% Merlot, 10% Cabernet Sauvignon, 5% Cabernet and Sauvignon Gris.

The origins of the estate date back to the mid eighteenth century. Old maps made at the request of Montesquieu when he bought the castle of Bisqueytan in 1750 show that the adjoining property of sieur Hostens has changed very little since those days.

Vines rooted in the rock

The soils, characteristic of hillsides, are clay and limestone with a subsoil stony to limestone depending on the plot. This often uncompromising terroir gives the wines of Château Roc Hostin their full tone. The vines are sustainably grown.

Red Bordeaux wines are blended mostly with Black Merlot. The traditional vinification gives them their freshness, complexity and finesse as well as a good aging capacity. They need a few years to reveal the full spectrum of their flavours…

Fruit in white and rosé

Dry white Bordeaux wines, 100% Sauvignon and Sauvignon grey, are matured on the lees for a round structure. Very fruity and aromatic, they are ideal with fish or seafood.
Bordeaux Rosés are a blend of Cabernet Sauvignon and Black Merlot. Tannic, fruity and well-rounded, with character, they are perfect companions for aperitifs or summer cooking. 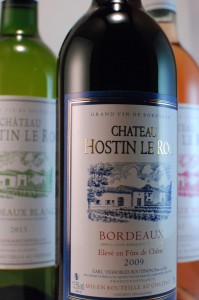